Beliefs. Truths we acquired when we were kids without the criteria to assess if they were useful for us.

Messages like “I can’t”, “that is not possible”, “I’m not good at…”, or generalisations like “all X are Y” are examples of limiting beliefs.

Oxford dictionary defines a belief as “an acceptance that something exists or is true, especially one without proof”. They can be limiting when they stop our development or growth, or when they are in conflict with our true values – the ones we have decided ourselves.

Do you have a limiting belief? 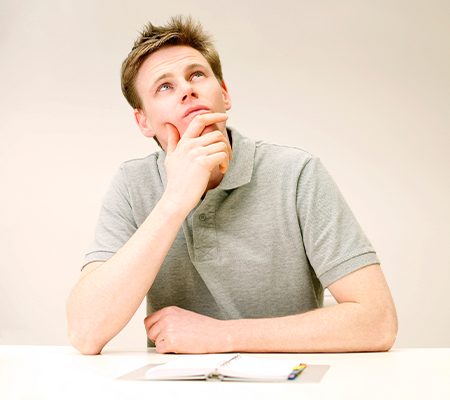 Some of them will be very useful and be the basis of our education (“look before crossing the road”, “say please when you ask for something”).

Others might not be as healthy: “men don´t cry”, “it´s impossible to find a good job nowadays”. The question is: are they still valid in my adult life? Do I agree with them? Do they have a positive or negative impact in my life? What is their purpose?

Think of any belief that comes to your mind. Is it something that you remember learning from your parents, teachers, peers or mentors? Does it sound like something everyone in your friends circle or workplace repeats?

By now you may, or may not have identified some of the limiting beliefs that are holding you back in your personal and professional life. This is, unfortunately where most people stop. They think that having an awareness of their limiting beliefs is enough to change their circumstances. Whilst there is something to be said about having self-awareness, there is a an extraordinary benefit in clearing old limiting beliefs and creating new resourceful ones.

Being aware of your beliefs will indeed encourage you to think differently about them. However, your limiting beliefs have the support of many references. A significant amount of these references probably have emotional investment behind them, which is where the problems lie.

You can’t just go through the awareness process and hope that your thinking will change.

Whenever you have a high level of emotion invested in something it creates a blockage to change. You will want to cut your ties to this negative thinking , and this will require some willingness and commitment from you.

Your beliefs influence over 90 percent of the decisions you make and the actions you take.

You have certain beliefs in your mind that hold you back from living your fullest life. Beliefs about money, career, relationships…

If you were a ship in port your limiting beliefs would be the ropes that tie you to the port. That stop you from moving forward, that weigh you down. Some days you might be ready to adventure out, but you can still feel something holding you back from creating momentum in your life.

Your limiting beliefs could be thoughts such as: “I’m not good enough”, “I don’t deserve that level of happiness”, or “they don’t like me”.

Limiting beliefs are part of your unconscious minds programming usually triggered by our family, our friends, media, or society and culture. Now you have an opportunity to release your limiting beliefs, and it is 100% your responsibility to choose the next steps.

You can to take action NOW!

Kelley Wacher has spent more than 20 years in leadership, sales and customer service and recognises how people get stuck in their limiting beliefs and need help to cut their beliefs in order to move forward.

She is also a dynamic presenter, facilitator, business mentor, corporate trainer and inspirational speaker working expediently, establishing a foundation of trust and rapport with clients to deliver strong and effective results. Throughout her career, Kelley has facilitated hundreds of corporate training programs developing leaders, managers and individuals in a range of industries including hospitality and travel, retail, aged care, manufacturing, corporate, finance, technology, telco and government based organisations.

With her vast experience and knowledge, Kelley has put together a program to help you to easily get rid of your limiting beliefs quickly!

What have others said about Kelley!

“When I made the decision to start working with a personal coach, I did so with a very clear picture in mind regarding who that person needed to be and what they would help me achieve. I had come to a point in my career where I was comfortable but unchallenged, where I knew there was more I could be achieving but risked losing the courage to go out and make that happen. The responsibilities and demands regarding my family were also changing, freeing up responsibilities and opening up opportunities. I therefore needed a coach who would push me to set bold goals and take action to make it happen.

But what I didn’t realise is that I actually needed a coach who would take the time to really understand who I was and where I had come from – my successes and failures, my joys and despairs, my aspirations and limiting beliefs, my passions and assassins. What I also didn’t realise is that I needed to understand these things about myself….. Through our coaching sessions Kelley helped me understand who I was, and that I have what I need to create the career and future that I want. She challenged my thinking, helped me re-write my past, and cheered me on as I set and achieved new goals. It has been an emotional and powerful partnership and I couldn’t have asked for a more caring and committed coach than Kel.”

“Kelley has been a multiple Mentor on the Travel Industry Mentor Programme. Every Mentee Kelley has worked with have come out of the programme with a clearer vision and goals to work towards. Kelley has been an exceptional Mentor and has all the skills to help anyone grow and learn. I would highly recommend Kelley as a coach, Mentor or trainer and cant wait for her to be mentoring again through TIME soon.”

“I had the pleasure of working with Kelley for two years as she facilitated our hotel’s Leadership Development Program. Not only is she a highly engaging facilitator, the tools she uses to start conversation, self discovery and team collaboration are excellent. Her use of Gallup StrengthsFinder provided me with greater insight on my personal strengths, and that of my team. Our exploration of my signature strengths has given me a much needed boost of confidence and clarity. As I approach the end of my coaching program, Kelley also provided me with great insights and support in further developing my practice coaching.”

“Kelley has been a Business & Executive Coach, Trainer and Leadership Consultant for two companies I have worked with and for…coaching, developing and training our leadership teams and upcoming emerging leaders, the art of leadership through her ‘Leadership Mastery’ course. However it is her relator qualities and strengths that see her go above and beyond in the way she coaches and leads people in a one on one situation often providing unique support, direction and advice using behavioural profiles and strengths of each individual. It truly is “Corporate Magic” watching leaders learn and grow, particularly when they utilise all the tools and resources they have learnt because Kel keeps everyone accountable for their own results. Personally, I have learnt a lot about myself, my strengths and my leadership style from Kel which has enabled me to influence and connect better with the people I lead and, recognise when I am not. She pushes me to be the best version of myself I can be. I cannot recommend her highly enough especially if you want to see results. Her personality, flare and style as well as her direct approach and wicked sense of humour allows her to engage with her clients in a genuine and warm manner. I am incredibly lucky to call her my leadership coach and mentor.”

“Kelley has been such an important part of the fabric of leadership culture here at Funlab and has coached so many of our current and upcoming leaders. Your ability to know our people and adapt to our industry and particular needs has seen you embraced by all Motherfunners and we look forward to a long relationship with you as we grow. “

“I had the pleasure of working with Kelley for two years as she facilitated our hotel’s Leadership Development Program. Not only is she a highly engaging facilitator, the tools she uses to start conversation, self discovery and team collaboration are excellent. Her use of Gallup StrengthsFinder provided me with greater insight on my personal strengths, and that of my team. Our exploration of my signature strengths has given me a much needed boost of confidence and clarity. As I approach the end of my coaching program, Kelley also provided me with great insights and support in further developing my practice coaching.”

“Kelley’s coaching has made an incredible difference in my leadership development. Kelley took the time to research my business and the industry it serves and tailored various role-play exercises to make them more relevant. Whether the sessions were face-to-face, online or in a group situation, Kelley was able to keep me focused on the content and ensured that I fully understood the processes. The areas covered were specific to my needs and the result has increased productivity within my business and has taken me from a manager to a leader. I would highly recommend that you contact Kelley to discuss how she can help you achieve your career and business goals.”

“Kelley’s presentation skills are exceptional. She prepares thoroughly for each presentation and her presentation style engages the participants and creates a positive learning environment. She has the ability to show genuine interest in and commitment to each participant. This is especially evident in the one to one follow-up back in the workplace. Kelley has had great success in helping leaders’ achieve major change of attitude and team leadership skill development.”

“Kelly Wacher is an amazing coach and has a special gift to share whenever she is with you. She is funny, delightful, generous and the most genuine person I have ever met. Kelly’s coaching style is intuitive, professional, supportive and most importantly results driven. I could not recommend Kelley highly enough and I know that anyone who has been coached by her, would find the results life changing like me. Thank you Kelley for your incredible strengths coaching”

Kelley is offering a very special offer to get rid of your limiting beliefs quickly. 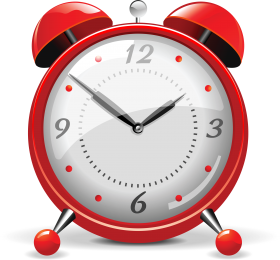 This total package is normally valued at $311 but for a very limited time and only for the first 10 people, she is offering this package for ONLY $49!

That’s right! Only $49 but only to the first 10 people. That means that you get a special code for a self-paced online course and workbook at an additional cost of only $1 (normally priced at $99) to identify what’s keeping you from succeeding and a 30-minute coaching session with Kelley (valued at $212) to bust that limiting belief.

We’ll even add in a FREE e-book as the first step on your path to success!

To take up this offer, just click on the button now! She can only offer this to the first 10 people!